When I considered buying a gaming PC I was pretty overwhelmed with the configurations and realized I couldn’t rely on just raw horsepower. I also needed to think about storage, upgradability, add-on cards, along with the budget I was prepared to spend on the device. I, therefore, decided to look around to gather enough information which has given me the confidence to prepare a buying guide which you may find beneficial.

I wasn’t interested in breaking the bank when searching for a gaming PC. I certainly didn’t mind enjoying high-quality games on PCs that were exciting. However, I was prepared to compromise on some factors keeping in mind for future upgrades for fresh games which may be introduced. I, therefore, began to delve deeper into the subject trying to understand all the tricks I could use to buy the best gaming PC available at a cost which was affordable to me. Mentioned below are some of the tips I would offer to anyone who wants to purchase a gaming PC.

When I began searching for the gaming PC I wanted, I had the belief that I could just walk into any store and find a great one within a matter of minutes. It wasn’t until I actually went to BestBuy when I realized I also needed to have information about the specifications of the PC I wanted. The realization set me on a different path and perhaps made me more knowledgeable about this subject. Given below is what I learned after beginning my search for the gaming PC.

What Specifications Are Most Important For A Gaming PC?

Initially,  I was unaware that gaming PCs were available in all shapes and sizes. I could choose a portable laptop or even have monoliths for the enjoyment I needed. However, I also had to consider the specifications of the gaming PC before I looked any further.

I had an inkling that I should be looking at the processor of the PC initially because it determines how the system will function with most software. I considered the eight core processor from Intel but was taken back by the premium prices and therefore settled on the six core chips which I found better for gaming and my budget.

I decided not to waste money on unnecessary RAM despite receiving suggestions from the sellers that it would make my gaming PC more powerful without really adding to the costs. As an avid gamer, I was aware I could easily run most games on a computer with just 8GB of RAM. I, therefore, settled on my decision without falling for the sales gimmicks which one can often encounter.

I was careful enough to have at least 4 GB of memory and a display of 1080P resolution because I did not want to compromise on the better part of in this aspect. However, I refrained from purchasing multiple video cards because I was aware they often run into driver problems or game support issues.

I wanted my gaming PC to have at least 1 TB of space but had in mind that many SSD’s are expensive as compared to mechanical drives and do not impact in game performance. Ultimately I decided on a 200 GB SSD simply because I was satisfied it would suit my requirements knowing full well I had the option of installing more drives if my budget permitted it in the future.

I did not waste money on extras such as Ethernet adapters, sound cards, additional USB ports, and other necessities. The motherboard I chose was equipped with everything I needed and even included a standard Wi-Fi and Bluetooth option. I didn’t consider it worth wasting money on the extras when I could make additions whenever I needed in the future.

I was certain I had found the specifications I needed for a gaming PC but was still concerned about whether I was paying a higher price for a branded version. I realized it was also possible for me to build a gaming PC by myself. The understanding set me on another path which made me consider other options. In an attempt to cut costs I decided to look into building a gaming PC for myself.

Is It Cheaper To Build Your Own Gaming PC?

I had discussions with a friend of mine to understand whether it would be cheaper for me to build a gaming PC for myself rather than purchasing one from Dell or Asus. I wasn’t scared to build one for myself but simply didn’t want to spend more if I didn’t have to and therefore decided to understand which option would be convenient for me.

I was surprised to understand that the commonly misunderstood perception that building is cheaper than purchasing does not hold good in this case. Manufacturers of gaming PCs have the power of making purchases in bulk and therefore can sell their products cheaper despite the higher markups that are usually observed. I could purchase a branded version for a cheaper price than building one. It would not only be cheaper but would also save me plenty of time because buying the parts separately would be more expensive.

It was definitely possible for me to build a gaming PC according to my specific requirements when I compared the prices of numerous desktops which focused on gaming such as Alienware machines which I found were overpriced. Building a gaming PC would also offer me options for upgrading some of the components or using some in another computer if I decided to build again. However, I decided not to waste time to build one for myself when I had the convenience of purchasing one within the budget I had.

Can I Play Console Games On a PC?

The inquiries I conducted exposed me to the fact that games from studios not belonging to Microsoft or Sony could possibly work on PCs as well. Games from the larger publishers such as Blizzard, Activision, and certain others would work on all platforms. However, I had to be prepared to expect some delays if I wanted to use the games from Sony or Microsoft. I also gathered information that games produced by Microsoft will not function on PlayStation and games from Sony will not function on Xbox simply because the producers do not want to encourage people to purchase a console of their rivals.

Moreover, PCs are different from each other and a game which functions well on one machine can function terribly on the other. A modern gaming PC would possibly offer me better graphics than a console and machines like XBOX ONE X and PS4 were pretty competent making it easier for me to decide on the kind of machine I wanted to purchase.

Some awesome gaming pc setups to look at!

Finally, I arrived at a decision for purchasing the gaming PC I wanted after considering all that I had learned and decided to purchase a branded version because of the following reasons.

– Buying a gaming PC was convenient and easy if I made proper inquiries and considered the specifications of the machine before I actually completed the purchase.

– Building a gaming PC would not be convenient unless I intended to upgrade frequently and reuse the parts again.

– Playing console games on a PC was certainly possible if I was willing to compromise on some games produced by Microsoft or Sony.

In the end, I purchased a gaming PC from Origin Millennium and a comfortable gaming chair and I am fully satisfied with the performance of the machine. I strongly suggest enthusiasts of gaming PCs consider the suggestions provided before they decide to make an investment in a machine of their choice. 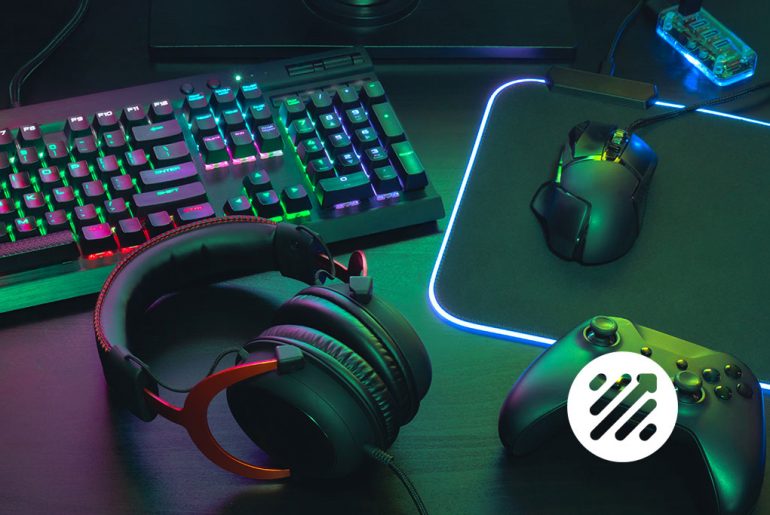 How to Take Care of Your Gaming PC: Complete Guide

The Best Gaming Laptops Under $500