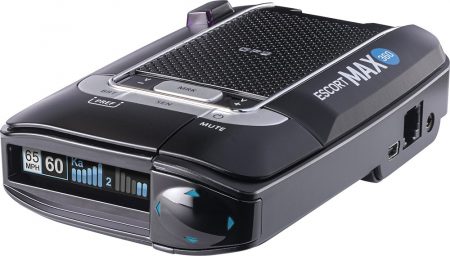 It wasn’t a long ago when you could easily get caught with a police radar and you simply couldn’t do anything about it. However, the amazing progress of the technology allowed us to witness some very useful gadgets like radar detectors.

Radar detectors are here to provide you with a constant info about various threats thus being very handy tools. Our topic for today will be Escort MAX 360 Radar Detector.

If you’ve read our previous review about another Escort radar detector, you know that this company isn’t kidding. MAX 360 Radar Detector is a brand new product made for those who are willing to pay more for top-notch performance and features. But, is it really that great, especially for the price of around $530? Well, our Escort MAX 360 Radar Detector review should give you an answer.

What’s the first thing you notice when you buy a product? Of course, it’s the design. And I must say that Escort simply nailed it when it comes to this department. It’s sort of a black box with various stuff like physical buttons, display and of course, MAX 360 logo on it. The design is simply tremendous, with matte black color and white buttons that perfectly complement the whole appearance. When you look at it, you’ll feel the way you’ve felt when you met your first love and that’s quite good!

As this is Escort’s flagship, MAX 360 comes with the impressive set of features. Actually, it’s the more about the impressive work of those features rather than a number of features. Let’s first mention the dual antennas in Escort MAX 360 Radar Detector. It’s simply a must if you want to have a steady and reliable signal detection. The antennas are placed at the front and rear to ensure that you are safe and secure from both sides. 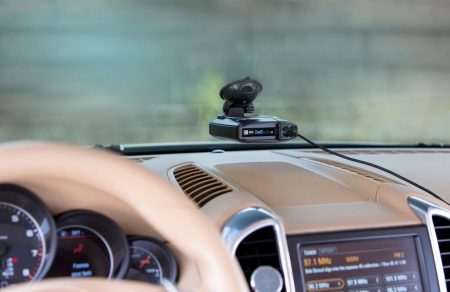 Furthermore, MAX 360 takes advantage of DSP (Digital Signal Processing) to find threats much quicked and inform you the same moment it reveals them. But, why this radar detector has “360” in its name?

Well, we just discovered one amazing feature of this product! 360 means that there’s a 360 arrow indicator which helps figuring out exactly where the signal is coming from. It’s also useful in ignoring the weak and irrelevant signals thus increasing the accuracy and reliability of this detector.

Upon attaching my Escort MAX 360 Radar Detector on my windshield using a suction cup, I spent the whole day driving around and listening to some heavy metal. Quite frankly, this radar detector works like a charm! One thing I noticed was its Autolearn function. The first time you drive in the particular area, you’ll hear the alert loud and clear. However, try it another time and you’ll see that your detector has learned about the place and will give you the alerts in a much quieter tone.

So, yeah… this MAX 360 is indeed a smart little boy! Plus, you’ll enjoy a quiet and enjoyable haul and not that annoying BEEPING sound. When it comes to the range and accuracy, Escort MAX 360 Radar Detector perfectly justifies its price. DSP is here to carefully filter the incoming signals such as those used by law enforcement or any similar signals. I’ve had a blast with this one, and definitely the haul of my life! 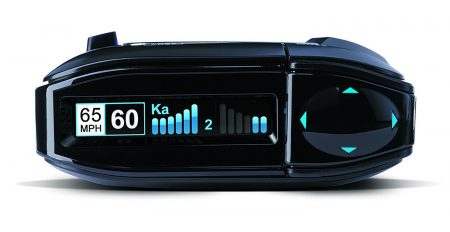 The ease of use if to be praised here and the amazing OLED display on this radar detector. I’m a huge fan of LED screens, especially because I’m using a Samsung smartphone. They are really great when it comes to color accuracy and viewing angles. This principle applies here and it’s amazing to see such bright screen. However, there are some performance issues with MAX 360 and it’s concerning its 360 arrows.

The sole precision of these arrows isn’t exactly the best I’ve seen. They take quite some time to switch from “behind” to “ahead” when giving me the location of the threat. However, they are still in the domain of functionality. Finally, you can connect your smartphone to MAX 360 using Bluetooth. This is a handy option since most of us use our smartphones a lot. Beware that you can’t buy this product in Virginia or Washington D.C.

So What’s The Bottom Line? 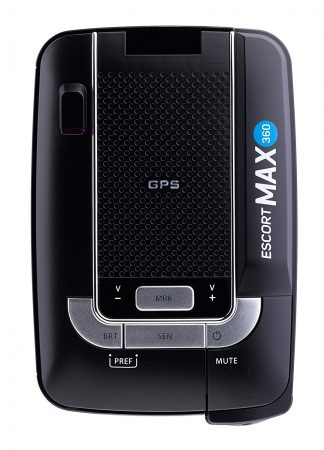 The bottom line is simple- Escort MAX 360 Radar Detector is an amazing product and it’s always a welcome addition to your car, in fact, it ranked as #4 in our other guide of radar detector reviews. However, no product is perfect, neither is this one. The main issue with this product is that it’s aimed towards buyers that want really, really reliable and precise radar detection.

Sure, you can get away with a much cheaper product, but then compromise on some features like GPS for example. Here, you have literally everything you can get from a high-end radar detector.

Escort MAX 360 is one of the best we’ve reviewed (top 3 for sure) so far and I simply can’t remove the smile from my face. But, since it’s more than five hundred bucks, many of you will complain about the price and you won’t be wrong.

The GPS Autolearn feature, as well as fantastic OLED display and dual antennas, can justify its price tag to an extent. If you want to save your money, though, I suggest skipping this one. If we put aside the fact that 360 arrows are sometimes clunky, which you will barely notice, Escort MAX 360 Radar Detector is very close to perfection.